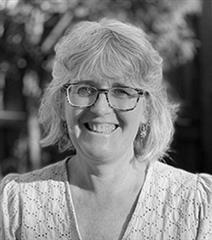 Having grown up in a tennis family, Patricia Hannon, Class of 1982, picked up a racquet at a very young age and was playing at the tournament level tennis at the age of 10. That intense play led to her being ranked number one in the district, a ranking she held for two consecutive years, by the time she was 12.

Coached by her mother all four years on the Laurel varsity tennis team, she played first doubles her first two years in the Upper School before eventually playing the number one singles position in her Junior and Senior years. She qualified for the state tournament in doubles all four years and in 1979 won the doubles state championship with her doubles partner, Kelly Schumann Styne. That same year, she helped the tennis team win the first and only team tennis state title in Laurel’s athletic history.
After Laurel, Patricia played both doubles and singles tennis for Dartmouth College and traveled all over the country competing against other college teams and fellow Ivy League rivals. She became the Dartmouth team captain her senior year and set the school record in winning percentage for a doubles team, with a .784, a record that still stands today as the highest winning percentage for a doubles team at Dartmouth.

After graduating from Dartmouth, Patricia attended medical school at Case Western Reserve University and completed her residency at Johns Hopkins University. A runner now as well as a tennis player, she and her family live in Chicago where she is a pediatrician.
Back