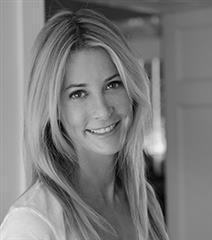 Kelly Schumann Styne, Class of 1980, began playing tennis at the age of 11. Only one year later, she took home the girls age 12 title at the 1974 Plain Dealer Junior Tennis Tournament, the fourth junior tournament title she had won that year.

Initially, Kelly played singles in the Upper School until she was partnered with Patricia Hannon, whose mother Glee Deodhar coached the team and encouraged her athletes to always play their best, when practicing and when playing. The hard work paid off. The 1978 Laurel team won the divisional title its first year in the AAA Division of Northeastern Ohio tennis league and had a 9-0 season. And the following year when she was a Senior, Kelly won the 1979 doubles Ohio Class A-AA championship with Patricia Hannon. The 1979 Laurel tennis team, known to other schools as the “Laurel Superstars,” won the Ohio Athletic Association Coaches Tournament, the Northeastern Ohio Tennis League title and was one of four teams to win a district competition. The team finished with a 21-1 record and Kelly was named the team’s MVP.
At Northwestern University she explored another side to sports and became a sportscaster at WNUR, the University’s radio station, and interned at the new cable sports channel ESPN. Post college, Kelly pursued multiple passions: she worked in film for 15 years, was a contributing editor for GQ magazine and started her own clothing line. A Los Angeles resident, she now fulfills her creative outlet through painting and showing her art online and in galleries.
Back